Stand-Up is brave and frank humor about everything that happens to and around us. Everyone who is present at the concert becomes involved in  Stand-Up Comedy. Comedians share their thoughts and emotions with the audience, and no one will remain indifferent!

Ivan Zhornoklei – a native Kyiv resident with ambitions of a newcomer, a Stand-Up Comedian, a founder and  a host of “Ukrainian Stand-Up Agency”. Ivan introduces Stand-Up to the audience, can tell them what they don’t know about themselves.

Maksym Kravets –a real family expert, a person who has been married for half a year and 10 years! His jokes are aimed at domestic problems, relationships with a wife and family. Maksym Kravets is also a finalist of the show “Komik na milion” on the TV channel “ICTV”, a film actor and a scriptwriter.

Sviatoslav Marchenko – a comic, who can’t sit still. He was born in Horodyshche town, studied in Cherkassy, lives in Kyiv and probably wants to die in Paris. He has  a great number of performances on different Stan-Up stages of Ukraine under his belt.  Plus, Sviatoslav Marchenko writes scripts for different comedy projects on Ukrainian TV.

Volodymyr Evchuk – a person who grew his beard long not to carry his passport. Volodymyr is also a winner of the show “Rozsmishy Komika”, a champion of “Liga Smihy” in 2017 in Rivne and a writer of many comedian TV-shows of Ukraine.

Serhii Stepanisko - a master of ukrainian philology. He is a fierce ethnographer and tells the stories about his only LOVE - UKRAINE. He is a winner of  the show “Rozsmishy Komika”, participant of  “Liga Smihy” (TV festival), author and member of local humorous projects.We are waiting at аFirst Ukrainian-speaking Stand-Up Comedy from Ivan Zhornoklei, Maksym Kravets, Sviatoslav Marchenkо, Volodymyr Evchuk and Serhii Stepanisko!

After the concert is waiting for you - Festive DISCO:

• Special menu for the bar and kitchen.

Program duration is 1 hour and a half. Show-program is delivered in Ukrainian. For people above 18. 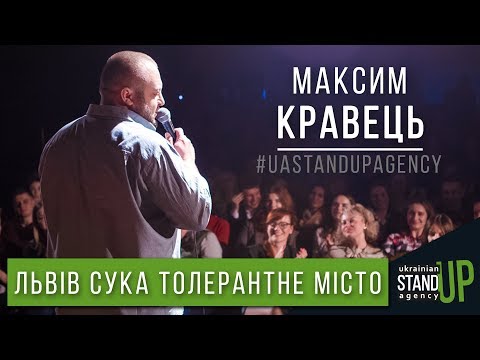