Tickets selling was stopped
But you can see the other events in category «THEATRE»
By clicking here
Price: 300 uah
Theatre on Podol
Kyiv, Andrew's descent, house 20-B
Share in social networks:
Playbill Kiev»THEATRE»Snow in April

Based on the novel “The Roman Spring of Mrs. Stone” by Tennessee Williams, adaptation by Polina Medvedeva.

Love story that could have happened anywhere but happened in Rome.
The Eternal City gave the famous American actress Karen Stone a romantic vacation full of Italian passion.
The heart of every woman longs for love, no matter how many times before it was burned by fire… Our heroine is drawn into a real cycle, where there are love and fear, lie and hope, as well as faith in a miracle! Because if you really want to, then even in April it will snow.

«Snow in April» is a high-quality, classical play for theater-goers who do not like scandalous experiments…»

You could say that there is a big difference between theater and cinema with its huge budgets, computer graphics and opportunities for commercial promotion of the finished product? Usually, avid theatergoers say that it’s interesting to watch live the interaction of the actors, their emotions and, sometimes, their mistakes. It’s such an exclusive! But the performance of Polina Medvedeva doesn’t need these excuses – the artwork from Andreas von Schlippe admireы with laconism, the scenery and set design is mature”. N. Lezhnev 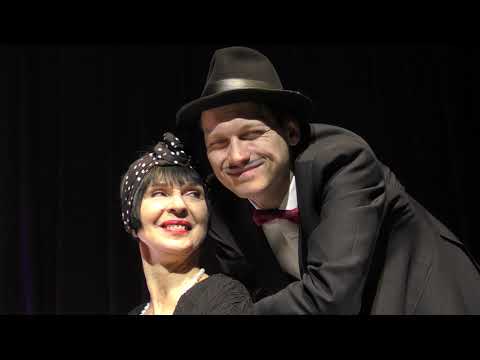